On a course and I had to do homework… I mean Actual homework in a homework book.

Now I don’t want to be rude, but to be honest I checked twice in case I had been given a child’s spelling book in error.

We did a full day of training I then popped back to the office and ended up popping in for an hour and a half. This meant I had to go shopping later than expected, with the knock on effect that I haven’t had time to get anything painted tonight!

So tonight we have some of the terrain I use in my Sudan games.

These are 6mm buildings that work well to represent villages etc. The trees are imported palms from China. Cheap as chips, this is a small selection. The headless statue is a Hirst Arts one from some 28mm Egyptian stuff ain’t had spare.

The following hill was originally designed for my 6mm road wars stuff but to be honest it works for 10mm too.

Please ignore the pale splodge at the top of the slope. Some idiot dropped cream coloured paint on it.

Finally some figures. These are all 15mm. These were designed to act as characters during a battle. I should mention here that. I rather enjoy Science Versus Pluck. A set of rules in which everyone plays on the Anglo Egyptian side against an umpire.

In those rules if things get somewhat sticky for the brave souls it can lead to hand to hand combat. The larger figures are then placed on the side and the mini combat takes place. These are all Peter Pig miniatures. I decided on the 15mm as 28mm just sort of looked wrong. 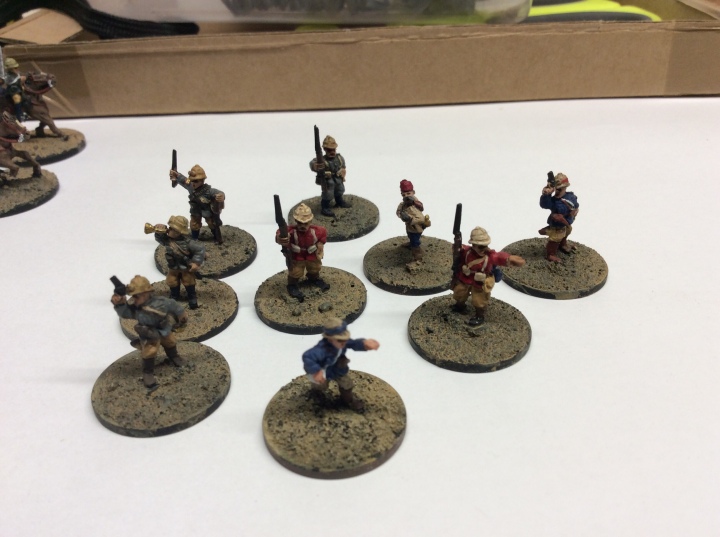 Here we have a reporter in the foreground with various officers and sergeants further back. The reporter is there as one player didn’t want a combative role and was happy to send reports back from the column.

I also bought some cavalry as players can be cavalry or mounted infantry officers.

Finally the above need someone to spoil their day. 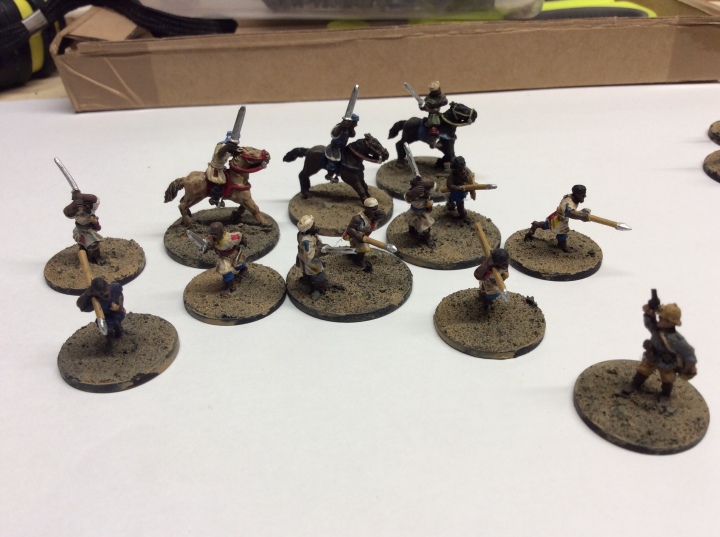 A selection of the chaps that poor Lieutenant Trapper is evidently about to meet, for what is probably an exceedingly short time.

7 thoughts on “Back to the Sudan”