Tonight I fiddled a bit more with the printer. I checked all of the bits that I could. So to test it I gave it the big square base that it totally cocked up yesterday.

I pulled a fair bit of filament off the roll to allow it to have as little drag as possible and the print came out like this.

Problem is it had a bit of a naff crack in it. I shoved some superglue into it to help out. I have also sliced some rocks and things that I will glue over the crack to help strengthen it. So next thought was much better than this….

So that was a start. I do reckon that this weekend I am going to replace the extruder. Luckily I purchased one about 2 months in to owning the thing and it has sat in its box for ten months!

The other thing I did was to increase the temperature by 10 degrees. I was going to print another one off with the new temperature but being the pillock that I am I forgot to add it to the memory stick! 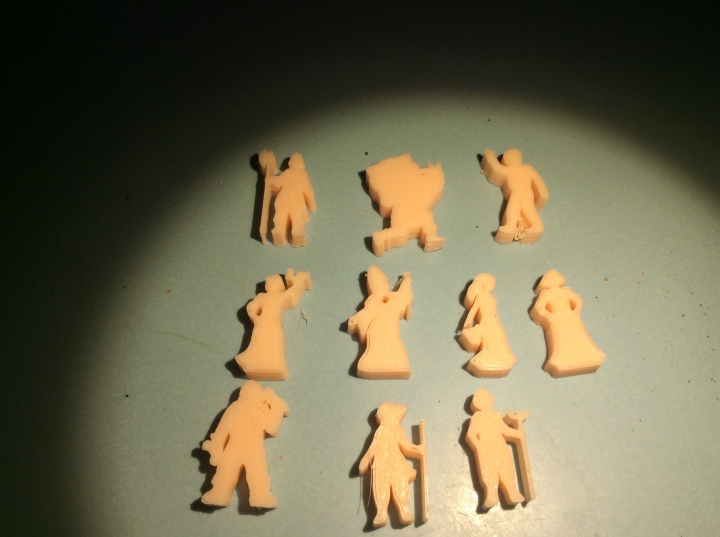 Townsfolk… from what I remember top row left to right:

Barmaid, priest, lady one and two

They are pretty solid but some still have a slight delamination on the outer layer.

I also decided to print some dwarves, sadly, or not, I ended up starting to print some dungeon dressing, which will be great, but will take 3 hours instead of one..