I managed a bit on the external parts of the car. 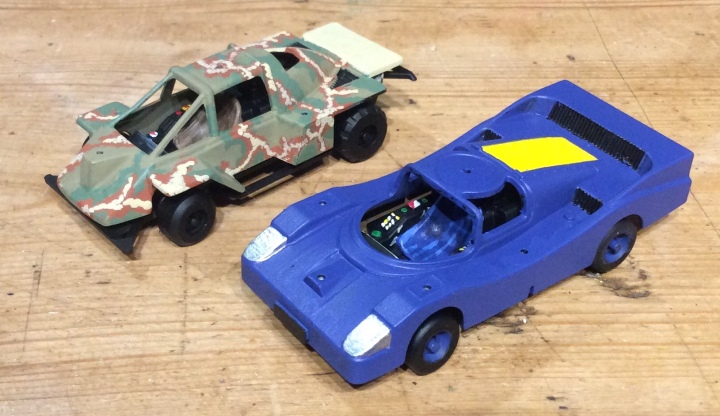 The Green on the camouflage is a bit too light as it doesn’t show up too well.

These have still a fair way to go, I need to highlight and shade them both.

The biggest problem is what to do with all of the holes. The buggy is going to have a couple of guns, some skulls and various bits and bobs that befit a wasteland raider. The interceptor will just look wrong with stuff draped all over it. Too many guns will just look wrong. I will have to have a think. A sensible person would have filled the spare holes first. I aspire to be a sensible person one day😉.

I contacted Ramshackle today to see if they would just do some drivers, if not then Elheim do some as well as gangers.

If I need Zombies I reckon I have enough…

Slightly on the large side, but who cares!

Well me actually….now that I see that I can’t unsee it… grrrrrr!

2 thoughts on “Dark Future – the Exteriors”