A bit pooped tonight, so not much done.

I did however manage to get some paint onto the Samurai. 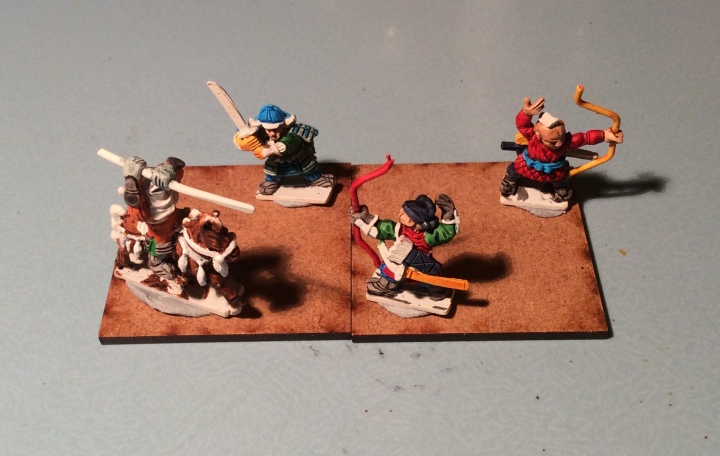 These are going to be as colourful as the Aztecs I reckon.

I was having a look at the HOTT lists and indeed, they have a Japanese Epic list. These are based on a legendary history, not to mention the films of Kurosawa.

Sneakers (Ninja – what else)

I could fantasy-ise it by adding things like a Gashadokuro… basically a giant Skeleton who is made up of the bones of people who died of starvation or were unburied after a battle… not a nice chap, he bites the head of lone travellers and drinks their blood…

I could go for a unit if Oni = trolls or ogres (possibly demons), normally shown as being red.

Luckily Alternative Armies has a whole range of Japanese monsters in their Sengoku monster hunter range.

Thinking about it, and on a totally different note, I really should start printing and painting tanks for the Games Day in October!

I will make a start on them this weekend.