I didn’t get in until 21:00 tonight so didn’t get as much done as I wanted, but apart from a bit of touching up, (including highlighting the shield rims) and getting the bases done then I reckon these are pretty much finished (I know John is desperate to hear the news of their finishing 🤣). 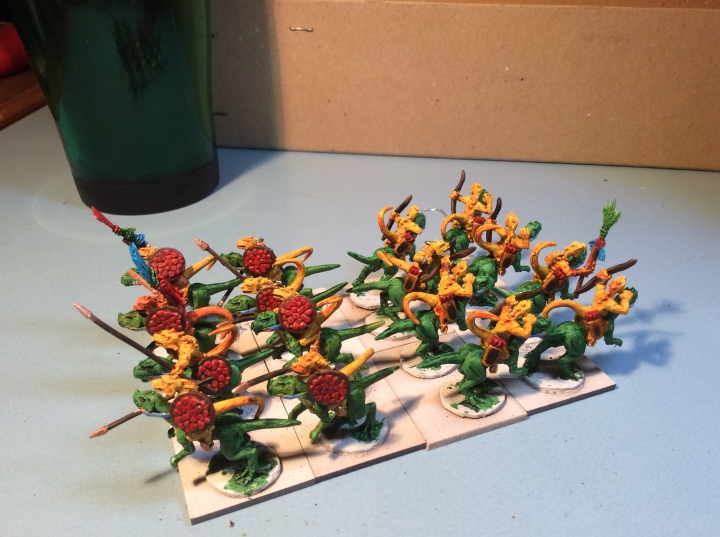 I would have potentially got more done this evening if I hadn’t chucked some of the scabbards away. I was tidying up and binned what I thought were spares only to find I had missed them off the command base… I swore 🤬. Luckily the dog had stolen the butter and cleaned it out as the bits fell into the tub. This meant I didn’t have to empty the whole bin bag.

There is a bit of contrast on the shield faces, but it would seem that Contrast paint doesn’t work as well on bleached bone as it does over white.

Hopefully a bit more of a sensible finish time tomorrow night so I can get the Aztecs sprayed and these finished off. Once I decide on a vegetation style I will get everything flocked together.

I think I am going to go with a Samurai Army next, with the potential for a couple of clans for Ronin in 25mm (well after the Conquistadors are done – the Aztecs and Scalians need someone to fight).

5 thoughts on “Scalians… Just About Done”