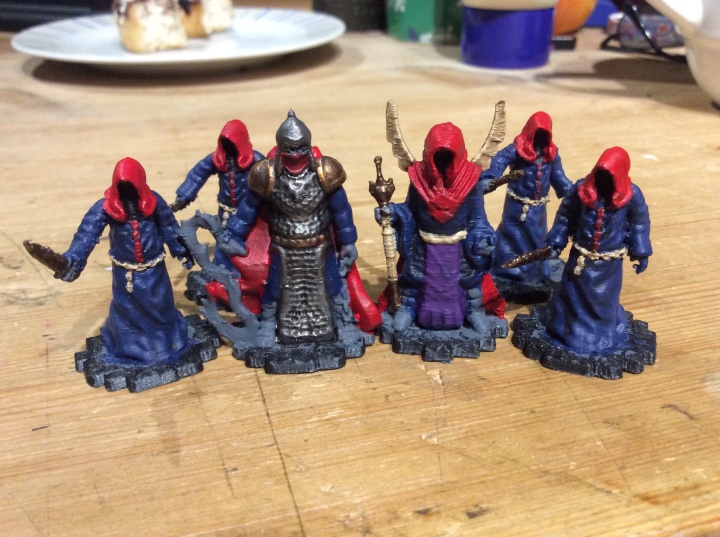 It was mainly a bit of tidying up and getting some paint on the armoured one. I would have liked to have got more done but sadly today was a bit busy with going to the cinema to Watch Alita Battle Angel, which I thought was rather fab, even with a bit in the middle where I went ???

I then attempted to buy the weekly shop, it’s a bugger when the boat is off and panic buying sets in. No veg, no fruit and no bread. I managed to get the things for tea, my wife said she fancied bacon egg and chips the other day, luckily the shop had those bits in.

Tonight I was forced by my son to watch the Last Airbender with him. Perhaps if I was 8 I would have enjoyed it, but it was a chore. It was so bad I really fancied going off to paint some more 10mm elves.

Hopefully tomorrow I will get these finished and the inspectors based up.