I managed a bit of painting tonight…not a huge amount but a little bit. I did all of the horse manes as well as all of the boots and breeches on the Hussars that needed doing. 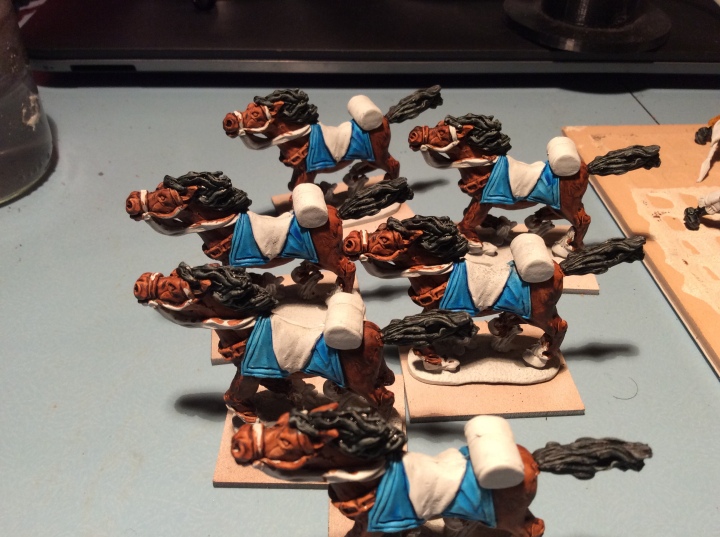 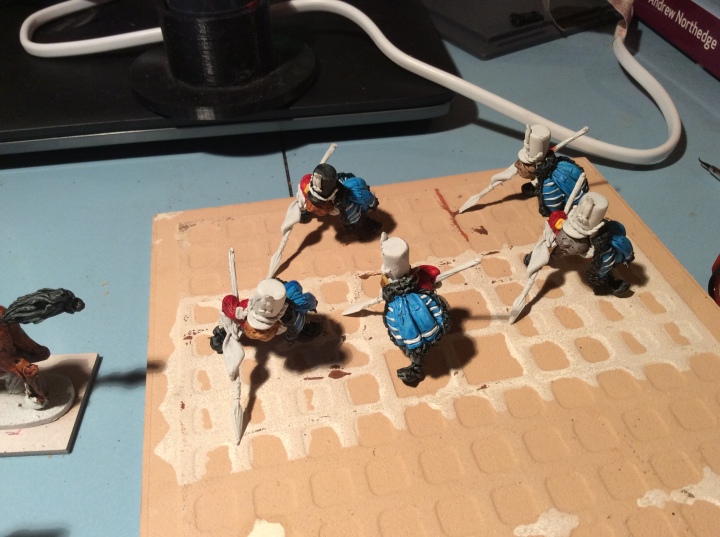 Not that you can really see on the Hussars.

A lot of today was spent tidying up and sorting out for Christmas. I also added a glass shelf unit underneath the TV. This thing has to be screwed into the wall…

First of all, the lower part of the wall was damp, so we will have to repaper the wall and secondly I was having to drill into a stone wall, this was an absolute swine, it wouldn’t have been too bad if I had to drill a couple of holes, but no… six were required. A few times I had to put my full weight behind the drill to make any progress, but at least it is up now.

Hopefully tomorrow I might get the chance to do some more painting.

5 thoughts on “Hussars.. A Smidge Done”