And I am back….I would like to say new and improved…but sadly not.

My time as acting deputy head has ended – the six weeks flew by, I came out the other end knackered but a whole lot more confident… so confident in fact that I managed to get a headship in one of the west side schools. The interview was about an hour and a half long, but according to my initial feedback, I wowed the panel and it was a unanimous decision. I then had to do another two and a half days before the end of term. We made it… it was pretty close to a crash landing but that’s a whole other story.

So where do the migraines come in… on Monday I suddenly started having a weird blind spot in my left eye, it was as if someone had placed a sparkly c over my eye. I lost peripheral vision completely. Evidently it was an occular migraine (never even heard of one before) no pain, no yucky feeling, just a weird loss of vision. They last a while then go away, and it did indeed last a while and then after a couple of hours it went away.

As for the drains… hold your noses (luckily I have no sense of smell 😁). I decided to do my regular septic tank header check and it was in fact backed up… luckily a 30m long piece of 40mm plastic water pipe is ideal for shoving into the ‘water’ and with a bit of vigorous hoiking about it generally gets the message and drains into the tank as it should.

And trains…. I have somehow made it to 53 and with my birthday money I purchased Ticket to ride. 3 hours later I emerged victorious….

The kids very kindly got me a couple of pots of Contrast paint for part of my presents from them.

I decided to give it a go on some of my proxy MI. As it was going on (I shoved it over a grey undercoat) I was honestly not that impressed, but when it dried I could see what it was meant to do. 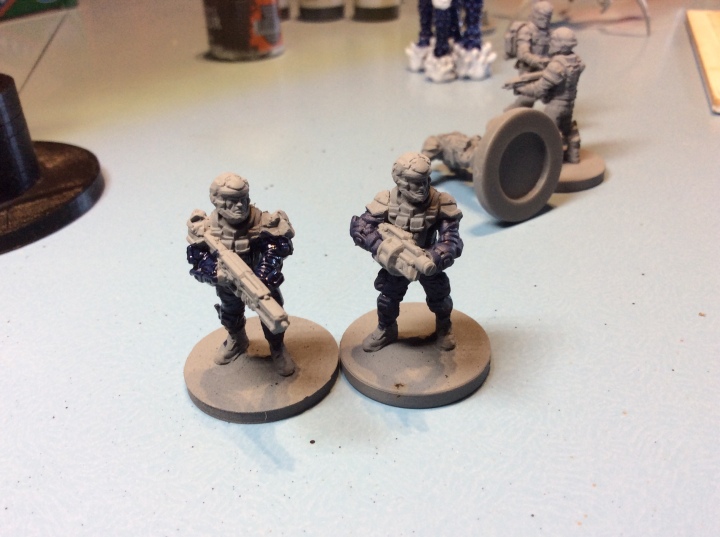 I then decided to have a go over a white undercoat, the only thing I had was an alien plant…. 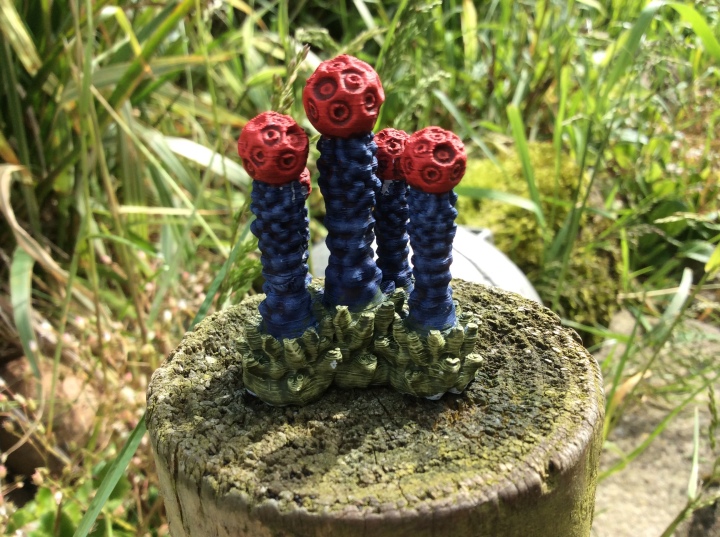 This is the same blue as the infantry, I gave the top a shot with some of the red. The blue works better, I think because there is more detail to sink into. I will carry on messing about with it before I decide whether or not I like it.

Before even opening the pot I printed off a paint holder….

I didn’t want to spill their presents all over the table.

I will try and catch up with whatever everyone else has been up to over the next little while.

7 thoughts on “Trains, Drains and Migraines”