The new job has been somewhat hectic and tiring for that matter. It has been all go, week two of six has commenced. This being a bit zonked has caused a bit of a lull in the hobbying.

However I have managed a smidge of painting, the troopers now have faces and visors as well as armour.

I also managed to get some more bugs. You will only find these in the animated series of the Roughnecks and definitely not in the film or book for that matter.

These were another find on eBay. Still sealed, but based on the lack of colour that they have been sat in the sunlight for a good while. It was rather a nice rainbow tonight, the stream is the one where the otter visits. It normally scent marks under the bridge. 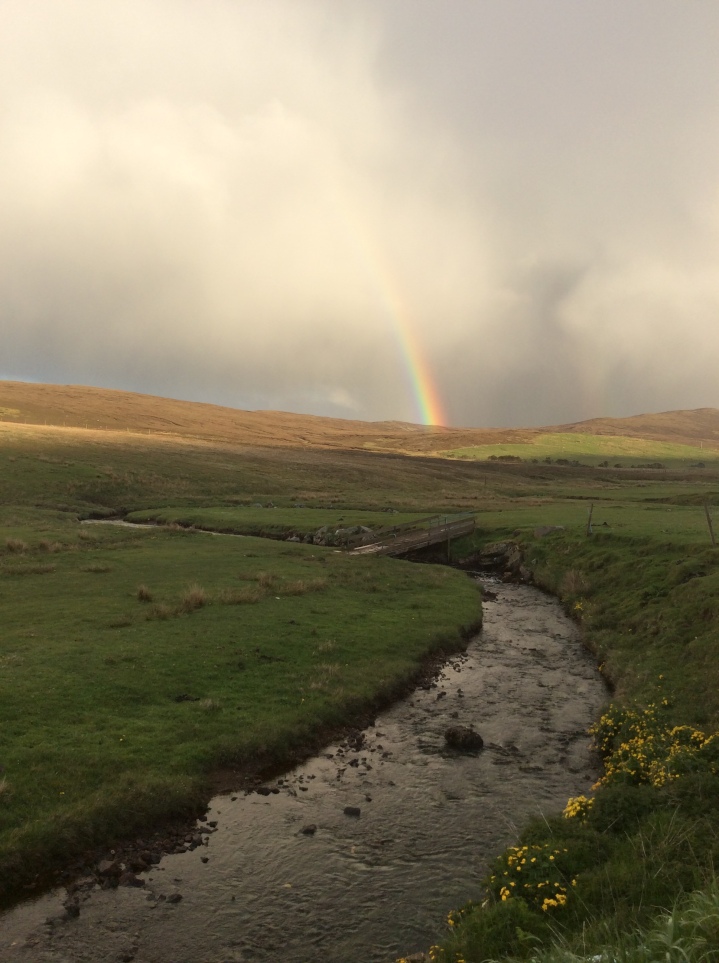 I need to get the trail cameras set up again and see what they can capture.