Only had a little bit of time tonight to do these. Part of the evening was looking for a new, second hand car and the rest was working out some more of my adventure for ‘The One Ring’ RPG.

Still a fair old way to go on these but a teeny bit of progress is indeed progress. They are at the old I really, really hate these stage. Part of it is because of the barding which to me isn’t really an Elvish thing, the other part is because I get to a certain point in most models and hate them. Probably they are still a bit messy. As each layer goes on they will get better and the happier I will get with them.

As I was drawing maps this evening my two youngest also drew maps. My daughter drew this one.

She has also decided to write a story based on the map.

My son also drew a map… 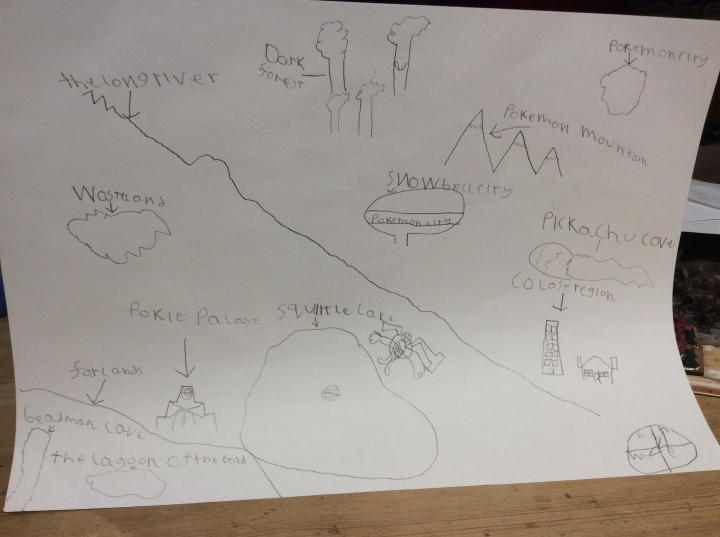 Evil Daddy told them to turn off technology, but they really enjoyed doing it so a win, win situation.

2 thoughts on “Neglected Miniatures…Manes and Tails”